9 Things to Consider When Moving From the US to Vancouver, Canada

Vancouver has a mild climate, scenic views, and multicultural diversity. The city has been ranked as one of the best cities in the world multiple times, thanks to its beautiful nature and high quality of life that draws even Americans to relocate there.

Whether you’re looking to try out a new country, move somewhere with incredible nature, or simply want a change, moving from the US to Vancouver offers many advantages. But there are still several things to keep in mind before making this big decision.

Here are 9 things to consider when moving from the US to Vancouver, Canada.

One thing to note—any currencies referenced in this article are in Canadian Dollars ($CAD).

Vancouver’s location on the Pacific Ocean means temperatures are milder than in most US cities. It rarely snows in the winter or gets very hot in summer. In January, the average high temperature is 44°F, with daily lows of 34.5°F—just warm enough to enjoy being outside.

Even in the middle of winter, you can still get some sunny days. It’s also unlikely that you’ll experience snow in Vancouver any time of the year. But you’ll encounter lots of rain in the winter, which the city is infamous for. The wettest months in Vancouver are November and December, when it experiences average precipitation of 182 mm.

Vancouver gets an average of 169 rain days yearly, earning its nickname “Raincouver.” The city experiences lots of rain because it’s built on a temperate rainforest ecosystem, where residents can expect it to rain 6-14 days per month. Aside from being a rainforest, Vancouver also gets lots of rain due to other factors, such as the city’s location on the northeast side of the Pacific Ocean.

Vancouver is a coastal seaport city famous for its beautiful natural setting. The city is surrounded by water on three sides, and you can clearly see a stellar view of a mountain range in the north. The city also has more than 190 parks, with Stanley Park being the most famous. Its other destination parks include VanDusen Botanical Garden and Queen Elizabeth Park.

With its beautiful natural setting, Vancouver offers countless opportunities for you to enjoy the outdoors. There’s so much to do both inside and outside the city limits, with its many beaches, parks, and mountains. You can also enjoy the waters by catching a ferry to the Sunshine Coast or the Gulf Islands, or just go swimming and sailing on the same day.

Vancouver has one of the most reliable transit systems in the world. The city’s TransLink has been recognized as the best large public transit system in North America. The integrated system includes the SkyTrain, SeaBus, and West Coast Express.

It’s easy to get around Vancouver without a car because you have so many travel options. In fact, the city’s extensive and efficient public transportation system is one of the main things that draw people to live here. So in your case, plan ahead and make sure you’re near a bus or train line when moving to Vancouver.

Many residents of Vancouver also get around the city by cycling because of the city’s public bike-sharing system called Mobi. This bike-share system provides a convenient, flexible, and affordable way to get around the city with its bicycles located at secure, easy-to-use docking stations.

People also enjoy walking in the city, especially since it helps the planet and is an excellent form of exercise. If you see yourself doing this often after moving here, pay attention to traffic and don’t forget to obey pedestrian crossing signs.

It’s no secret that Vancouver is an expensive place to live in, mainly because of housing. Many people agree that housing costs in Canada are much worse than in the US, which can get extremely expensive and out of reach for regular working people.

Vancouver’s housing costs differ depending on the specific area, but they generally tend to be pricey. Single-detached homes are expensive, so rentals are your best bet if you want something affordable. Most people in Vancouver live in apartments, condos, or houses.

It’s better to be strategic when choosing where to live so you can save on rent. For instance, choose to live near your job location so it can save you time and money. It will also help you get connected to your neighborhood. Living near SkyTrain stations is incredibly convenient, especially if you don’t have a car. However, expect to pay higher rent prices.

You can use websites like Craigslist and Padmapper in looking for housing in Vancouver. Facebook Marketplace is a good option too. Just be cautious of scams as well as the personal information you give out. Expect to sign one-year leases for apartments in the city. Putting a deposit right away on your viewing is also common because good locations can go fast.

You can read resources like B.C.’s Guide for Landlords and Tenants to know more about your legal rights and obligations as a tenant in Vancouver. The Tenant Resource and Advisory Centre (TRAC) is another good resource of legal information that lists other helpful programs and organizations that can be valuable for you as a newcomer in Vancouver.

Vancouver is a dense city. It’s possible to live without a car in many neighborhoods because everything you need is within walking distance and accessible by the transit system. You’ll also notice Vancouver is a lot different than other US cities because you will have to get further out before reaching the suburbs.

Living in Vancouver gives you access to several urban neighborhoods that are quiet and safe. Here are some of the top neighborhoods to consider when moving to Vancouver.

West End is close to the beach, downtown Vancouver, and Stanley Park. It has lots of restaurants and rental apartments. This friendly neighborhood is also pretty walkable and is well serviced by public transit. With its vibrant street life and easy access to Stanley Park, West End is one of the best neighborhoods to live in.

If you’re looking for a quieter area that’s close to downtown, Kitsilano is worth considering. It’s close to beaches, parks, and bike routes. It also offers a great view of downtown Vancouver with the mountain range as a backdrop. The neighborhood is just a bit further than the nearest SkyTrain, but this shouldn’t be a worry if you have a car.

Mount Pleasant has better options for bars and restaurants than Kitsilano. You’ll also have many great options on Main Street, from gastropubs to indie fashion shops. However, you can expect this neighborhood to be farther away from the beach and other outdoor activities. It’s very walkable to downtown Vancouver, with a quiet neighborhood feel and lots of green spaces.

It may take some time to find a good job in Vancouver. Although the job market remains robust in British Columbia, finding employment in the city remains competitive. In fact, Vancouver’s unemployment rate increased to 5.4% from 5.1% in March 2022.

According to the British Columbia Labor Market Outlook, B.C. will have more than one million job opportunities between 2021 and 2031. Almost 80% of these opportunities will require some type of post-secondary education or training. Around 63% of these job openings will be to replace people who are exiting the workforce, primarily due to retirement.

If you don’t already have a job lined up, you can check Craigslist, Indeed, and WorkBC job boards. When you are looking to relocate, target a few companies that interest you and research their visa requirements. Start the job search early so that you have time to move, find an apartment, and get settled.

As we highlighted earlier, it’s pretty expensive to live in Vancouver. The city was even ranked as the most expensive city in North America based on the Housing Affordability Indices of Oxford Economics. Vancouver was able to beat major US cities such as L.A. and New York.

According to Numbeo, a family of four pays around $4,635.79 in monthly expenses minus rent. A single person has monthly expenses of $1,256.70 without rent. A 1 bedroom apartment in Vancouver costs an average of $2021.

For utilities, B.C. residents typically pay around ~$300, based on data from Moving Waldo. Some landlords may also require you to pay around $25-$30 per month for tenant insurance if you are renting. If you will use public transportation all the time once you move to Vancouver, expect to pay about $98 for a Translink monthly pass.

Here are some average monthly expenses to consider once you move to Vancouver from the US (as of July 2022):

Vancouver has one of the world’s best healthcare systems in the world, but you may still have to wait for long periods because it is available for everyone. B.C. residents are required to enroll in the Medical Services Plan (MSP) if they’re eligible. MSP is a public health insurance program in B.C. that covers required medical services for residents.

Note that your coverage for the MSP will only begin after three months of arriving in B.C. The 3-month wait period is waived for people arriving in Canada through the Canada-Ukraine Authorization for Emergency Travel (CUEAT).

Before, residents were asked to pay an annual fee for MSP, which was calculated depending on their household income. MSP became totally free on January 1, 2020, except for international students who have to pay double.

In contrast to the US, Canada takes pride in itself as a multicultural mosaic rather than a melting pot. The country believes that Canada gets stronger because of immigrants being their cultural diversity to learn from. Vancouver is no exception. You’ll encounter different ethnicities, cultures, and languages in this city. It also has a rich heritage and local cultural history.

Though Vancouver is diverse, it can also become a lonely city for others struggling to make friends. You will have to actively try to socialize if you’re new, such as attending social events. In any case, the social scene in Vancouver can still be great as long as you put yourself out there.

Join clubs or even online groups that share similar interests, such as outdoor activities or sports. Making friends shouldn’t be too difficult if you’re not too shy. You might even meet some people who are also looking to socialize as the pandemic restrictions ease up. There are many possibilities, whether in bars, sports, or work. You’ll find your crowd soon enough.

Canada is a country that is beautiful, vast, and full of things to do. It also has a diverse population and lots of great opportunities for people who want to relocate.

If you’re moving from the US to Vancouver, it’s important to consider these 9 things before relocating. This will help you save time, energy, and money. Hopefully, our guide helped shed light on Vancouver’s many attractive qualities, and they will make your transition into this beautiful city much smoother. 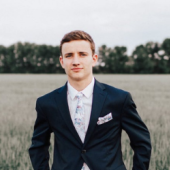